Cargo shipped via air tends to require more attention to details.  Unlike the inside of a standard shipping container or regular box truck, the inside of aircraft tends to be irregularly shaped. Fixed wing aircraft – especially fixed wing aircraft that operate at high altitude – will have curved cylindrical interiors, while larger aircraft may have multiple decks of varying heights. Additionally, the width and height of interior cargo holds and aircraft doors is different for virtually every aircraft. Frequently, more than one aircraft will be used for multiple legs of a transport route, meaning pallets can be broken down and cargo reloaded multiple times to match the different types of aircraft. This tends to lead to cargo being broken down and re-consolidated extensively throughout the transport process.

While loading and storing cargo onto an aircraft, there are some specific physical limitations to what and how items can be loaded:

Cargo Hold - The cargo hold - or sometimes just referred to as a "hold" - is any space on an aircraft where cargo is stored and transported, including any of compartments on an aircraft. Holds of each aircraft have specific dimensions, including height, depth, width, and shaped curvature of the airframe itself. These dimensions will limit what and how objects are loaded.

Payload - the maximum carrying capacity of an aircraft, usually expressed in weight. Max payloads may change for a single aircraft based on distance and operating conditions.

Door Dimensions -  Doors are any/all points where cargo can enter or leave an aircraft. Door dimensions have maximum sizes specific to the aircraft, and ultimately limit what can be loaded. Even the hold is large enough to store a certain object, it may not be able to fit through the doors of the aircraft. Planners and loaders should understand this before trying to load an aircraft.

Load Balance - Cargo loaded onto a plane must be properly balanced.  A balanced cargo load maximises safety and energy efficiency, while an unbalanced load can lead to serious safety risks.

At any time, when cargo is being loaded onto an aircraft, there will be an appointed loadmaster. A loadmaster may be a regular crew member, the pilot, or in the case of large commercial operations, specially certified persons who work only in cargo loading. In any situation, the loadmaster is the person ultimately responsible for determining how and what gets loaded onto a plane

Cargo can be loaded into specially defined sections of an aircraft including:

To accommodate the variance in the size needs for different airframes, cargo shipped via air tends to be “loose-loaded,” being loaded at the lowest handling unit (carton, sack, etc), so that handling crews can maximise space and shape cargo builds to fit the interior of the available cargo space. Oversized cargo, or pre-made pallets that don’t fit the specific dimensions of the airframe in question will either not be loaded, or will need to be broken down into smaller units for loading. 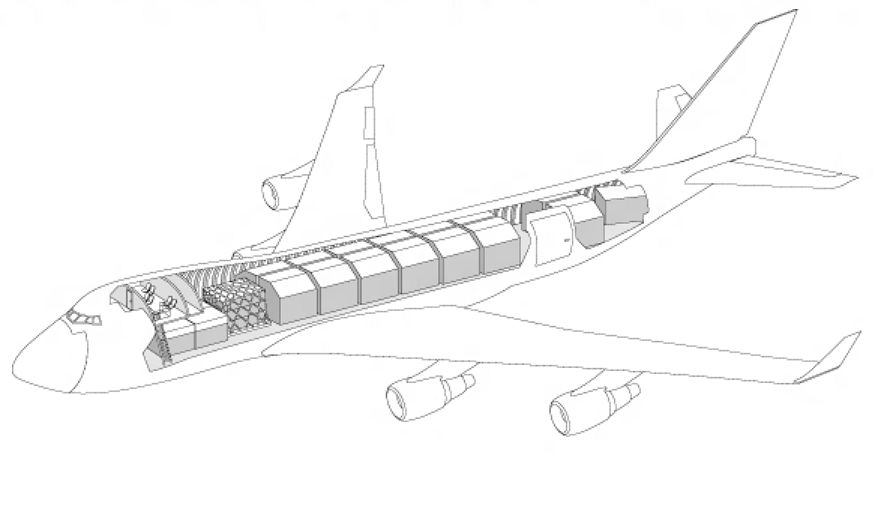 Cargo transported via rotor wing (helicopter) will follow the same general ideas, including limited size and shape of doors and cargo holds, and a comparably smaller maximum take off weights. Helicopters do have one advantage that fixed wing aircraft do not - the ability to transport bulky cargo outside of the aircraft using a sling load. Sling loading is relatively uncommon, and requires specialized equipment, a helicopter with the appropriate capabilities, and requires special pilot training. 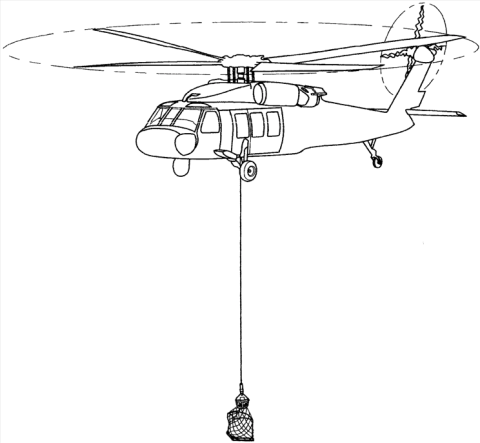 Unit Load Devices - Many aircraft will utilise what are known as “Unit Load Devices,” (ULD) or pre-made containers that facilitate the easy transport of cargo via air. ULDs are sometimes referred to by the term "Build Up Pallets" or BUPs, however ULD is a more accurate term as many ULDs are not actually pallets, but rather custom designed frames of irregular shapes.

Each airframe has its own specific dimensions of UDL which are used internally by the air carriers and won’t be the responsibility of the shipping party to obtain or manage. UDLs require the assistance of MHE or other vehicles to move and load, and are usually managed out of larger professional airport with trained ground crew.  Understanding UDLs can help transport planning for shippers.

Some aircraft will load cargo on a type of UDL called an “airplane pallet” – the pallets thin sheets of metal that can be easily moved on rollers, and have much more storage surface than warehouse pallets. Airplane pallets come in a variety of sizes, and are usually purpose built for one or a few aircraft types. Cargo will be loaded loose on the pallet pre-shaped to match the interior of the specific aircraft in question, and will be covered in cargo netting. Airplane pallets and cargo netting can be very expensive, and should be treated as any other expensive equipment. 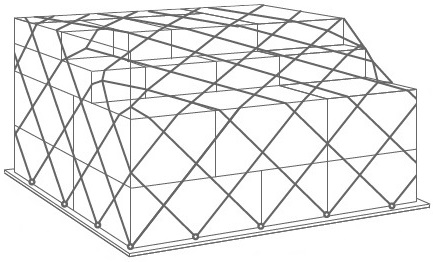 Larger and mixed-use aircraft will often use a form of UDL called a “contoured container.” Contour containers are sold containers with one or more rigid sides that are pre-shaped to match specific compartments inside of an aircraft. The containers are made of extremely thin metal, and are designed to take the guess work out of space planning. There are a variety of contour containers, including partially open containers, refrigerated containers, etc. The use of these specific variations will be decided by the airline and the load master based on the needs of the shipper.

Many ULDs are custom designed for specific purposes, including transporting of refrigerated items or handling livestock. Any form of ULD usually requires specialised handling equipment, and won't be loaded or moved without a trained professional knowledgeable about the cargo, the aircraft and the ULD handling requirements.

Hand Loading – Aircraft used in smaller or irregular flights are often loose loaded by hand. This entails loaders and crew manually loading items into a cargo hold at the handling unit level, stacking and stuffing where ever space is available, and where ever is safe or appropriate. Aircraft used in humanitarian operations at the domestic level frequently use hand loading due to lack of equipment and aircraft type. Hand loading aircraft has limitations, including requiring additional time to complete and being less secure than netted cargo, but is useful insofar as it can be done in almost any environment and under almost any condition.

Regardless of ULD or hand loading method, each cargo hold maximum allowable weight may fluctuate from the published weight based on the weight of items loaded into other cargo holds. The Loadmaster should communicate payload limitations in advance and will control cargo at the point of loading.

Dangerous Goods (DG) has special packaging and labelling requirements. IATA continually publishes an updated guide for DG packaging and labelling for air transport. Dangerous goods of different classification will need to be labelled with the appropriate and corresponding label.  Additionally, IATA and other safety guidelines may stipulate the maximum size and quantities of certain DG items that can be transported, and will stipulate any required “overpacking,” or an additional layer of packaging over the handling unit packaging. Packaging and labelling standards for cargo should be overseen by persons who are properly certified and accredited through an IATA approved DG certification program. Please consult the Dangerous Goods section to this guide for more detailed information.