The overall requirements for and types of documentation used for sea transport remain consistent with most shipments (waybill, packing list, proforma, etc). There are documents specific to sea shipping however. These might include:

Bills of Lading (BOL) - The BOL is the transport waybill for a sea freight consignment. BOLs are conceptually one of the oldest mutually recognised forms of consignment tracking; traditionally seaborne trade was one of the few ways countries conducted official trade. The BOL states to whom and on what terms the goods are to be delivered at destination. It is one of the most crucial documents used in international trade in that it ensures the shipper receives their payment and the consignee receives their cargo, and without an official BOL the goods will not be released. Modern BOLs are highly standardised, and BOLs generated by different shipping lines will look almost identical in layout. Many shipping companies will require BOLs even if the vessel is not moving between two different countries – the BOL also represents a contract between the vessel owner and the owner of the good being shipped.

There are three types of BOL arrangements that can be used:

BOLs are usually issued in a set of three originals and several non-negotiable copies. The BOL is signed on behalf of the ship owner by the person in command of a ship or the shipping agent, acknowledging the receipt on board the ship of certain specified goods for carriage. It stipulates the payment of freight and the delivery of goods at a designated place to the consignee therein named.

The BOL is the major shipping document and has three roles:

There are three different entries possible in the box headed “consignee”: 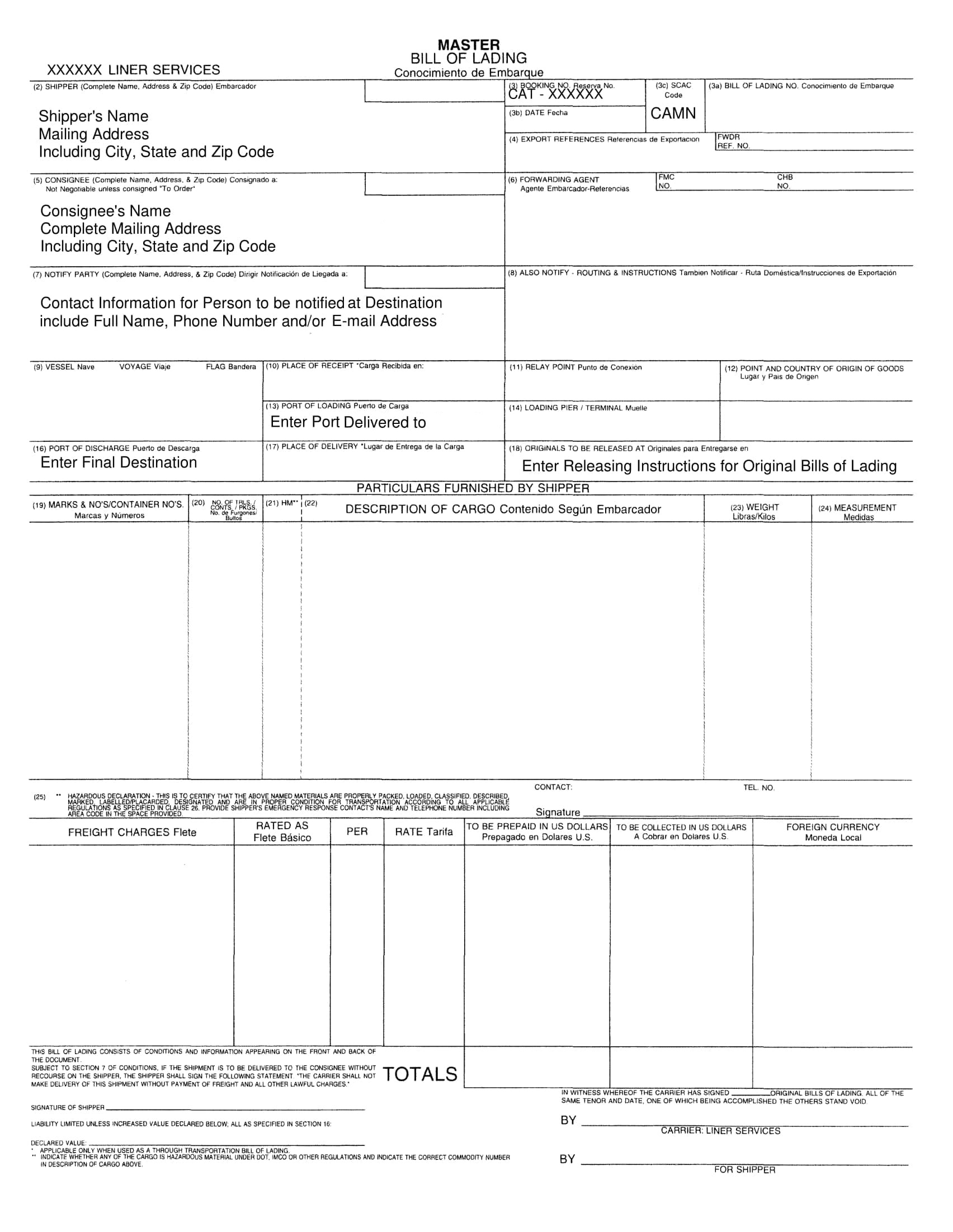 Non-Traditional Movement – there may be instances in which cargo is moved via a seafaring vessel in which no BOL is used. Such an instance might be when cargo is moved using ocean waterways without moving between two countries, when the sea carrier or vessel owner isn’t large enough to participate in regular maritime shipping practices, and when natural disasters or conflicts preclude the normal procedures associated with sea shipping. In such instances, individuals or organisations should still endeavour to utilise standard shipping best practices, such as use of packing list and waybill, to prevent loss or theft along the way.